Lewis and Kneberg apparently named this in the 1930s. Name no longer in use according to Broyles.

The Connestee series was named by Bennie Keel from excavations in western North Carolina, particularly the Tuckasegee site. This material is almost identical to Middle Woodland material from northern Georgia. We believe that these names are better avoided in Georgia, but might be used near the North Carolina border. Named after Connestee Falls?

Named after the town Decatur in Meigs County, Tennessee. Not sure if this name is relevant in Georgia, but probably not. 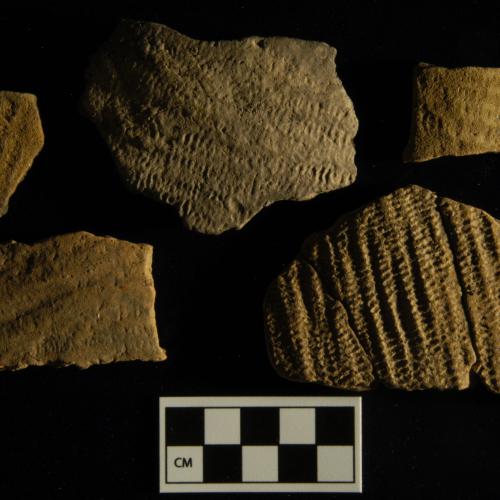 Named by Jesse Jennings and Charles Fairbanks in the SEAC Bulletin Named for the Dunlap Mound and house at Ocmulgee National Monument. Related to Long Branch Fabric Marked (limestone-tempered) in northern Alabama, and Watt's Bar Cord Marked in eastern Tennessee. 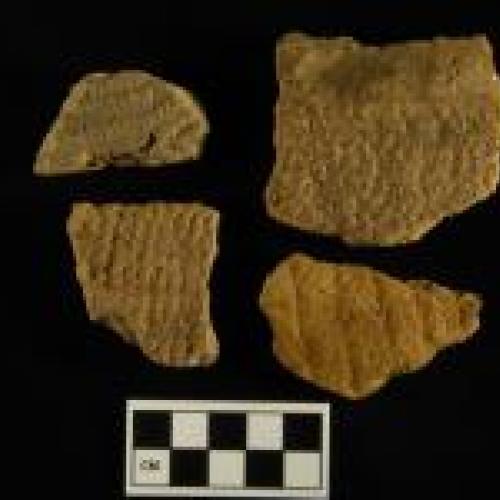 Named after Fort Hawkins which is located just northwest of the Macon Plateau site (9Bi1) in Macon. Named by Jesse Jennings and Charles Fairbanks.

Named by Tom Lewis and Madeline Kneberg after an old name for the Tennessee River. Like Marion Heimlich's Langston Fabric Impressed.

This type was named by Joseph Caldwell in the Allatoona area. Named for Kellogg Creek in Cherokee County. The name apparently dropped in favor of Dunlap Fabric Marked, according to Caldwell.