Defined by Lewis and Kneberg in the Hiwassee Island report.

Defined by Chester DePratter from analysis of sherds from Chatham County WPA excavations.  Named for Chatham County, where Savannah is located.  Type is closely related to Deptford Cord Marked and similar to the later Savannah Fine Cord Marked.

This type was used in ceramic tables by Wesley Hurt as part of his analysis of pottery from the Walter F. George Reservoir as reported by Edward Kurjack No other information is available about this type. Its use is obviously not advised. Presumably named after the town of Comer in Barbour County, Alabama.

The Connestee series was named by Bennie Keel from excavations in western North Carolina, particularly the Tuckasegee site. This material is almost identical to Middle Woodland material from northern Georgia. We believe that these names are better avoided in Georgia, but might be used near the North Carolina border. Named after Connestee Falls?

Named after the town Decatur in Meigs County, Tennessee. Not sure if this name is relevant in Georgia, but probably not.

This was used by Caldwell, but was not formally defined. See and use Deptford Cord Marked instead.

Apparently defined by Joseph Caldwell only in the 1969 ceramics seminar. Part of the Fairchild's Landing site collection.

This is a type named by Marion Heimlich for the Flint River in north-central Alabama, not the Georgia river of the same name. We do not know anyone in Georgia that has used this type name.

This type is part of the Hamilton series named by Tom Lewis and Madeline Kneberg This was named after Hamilton County, Tennessee.

Named after the Irene site, 9Ch1, in the northern portion of Savannah excavated in the late 1930s. Apparently never discussed until the 1969 seminar. If this exits, it clearly is related to Savannah Fine Cord Marked.

Named developed by Robert Wauchope and used only by him. The name is not recommended. Named after the Mossy Oak site just east of Macon on the banks of the Ocmulgee River.

Named by John Goggin from north-central Florida, and refined by Jerald Milanich and John Worth. Presumably related to West Florida Cord Marked, the Ocmulgee Cord Marked types of Frankie Snow, and even Wilmington Heavy Cord Marked on the Georgia Coast. This broad similarity may reflect a movement of people from south-central Georgia to north-central Florida according to Milanich. This is a part of what John Worth (n.d.) calls the Suwannee Valley Series.

The Qualla series was named by Brian Egloff based upon excavations by a number of people in western North Carolina, as well as northwestern South Carolina. This material is essentially Lamar series material, and that term is recommended for use in Georgia. Named after the Qualla Cherokee Reservation. 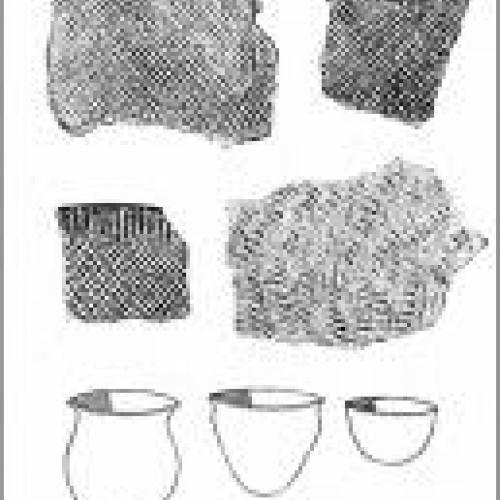 Defined by Joseph Caldwell and Antonio Waring from the excavations at the Irene site. Named for the Savannah River and the city of Savannah. 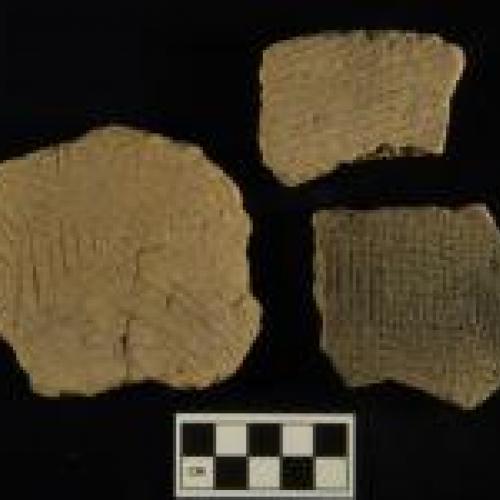 Used by Joseph Caldwell in his Masters Thesis. Not used since then as best as can be determined. May well be related to St. Catherines Cord Marked 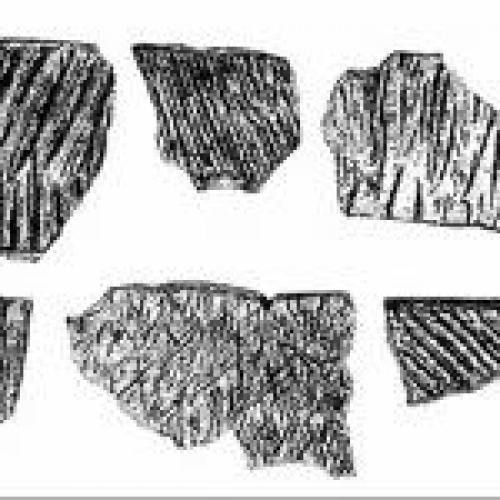 Named after Wilmington Island on the northern Georgia Coast by Joseph Caldwell.